As the end of this quick and enjoyable year is approaching, I'd like to reflect upon some proud projects here at my blog along with a happy holidays from Bombshell Comics!.. 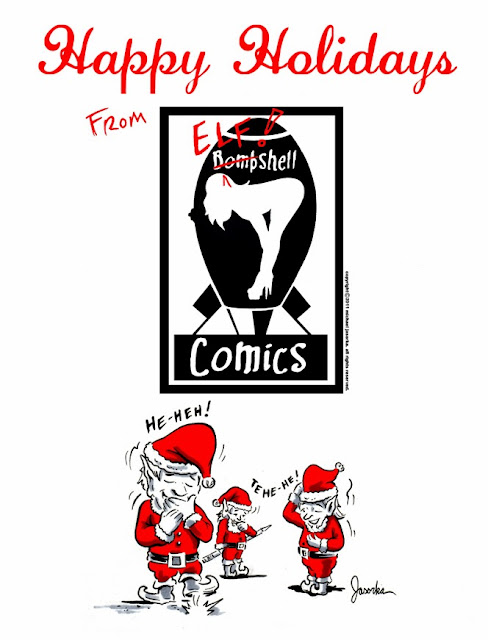 In February, I finished my 16th comic release, 'THAT BIKE' - which tells the tale of discovering a 1969 AMF Roadmaster muscle bike on a rooftop in Philadelphia and is my first semi-auto bio story: 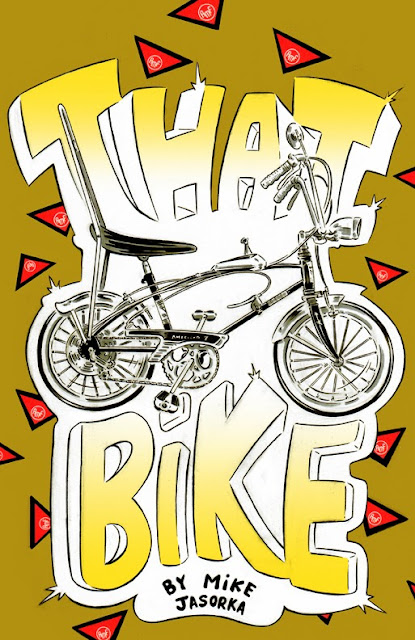 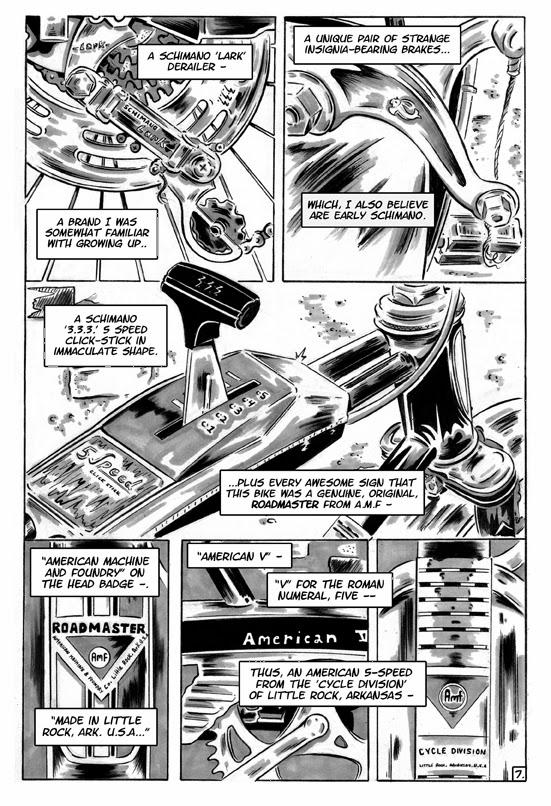 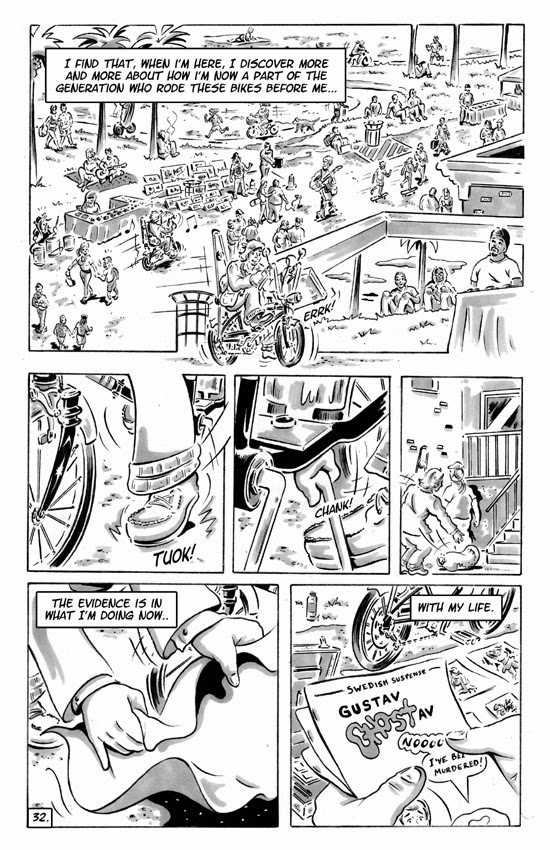 That very month, I did the storyboards for one of the most viral and talked about commercial spots of the year, with Peter Atencio (Key & Peele) and the production company, Gifted Youth.
The project was Pepsi 'Test Drive" w/ Jeff Gordon: 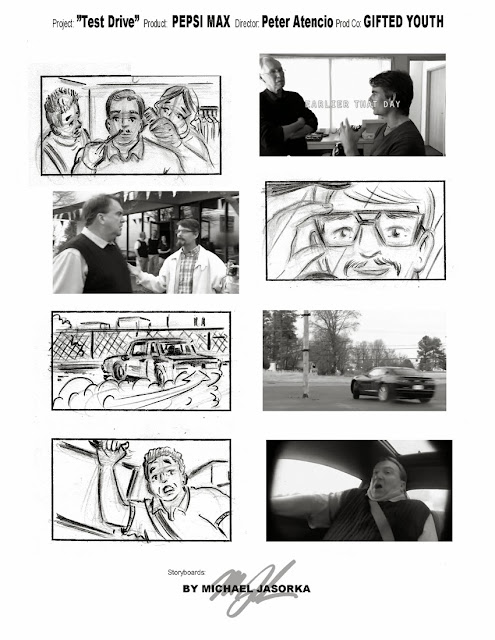 In May, I released M.W.F. - Misfit Wrestling Federation #4, my 17th comic release of my first unlimited series: 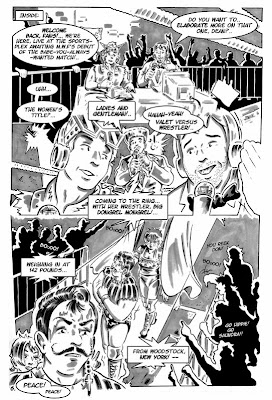 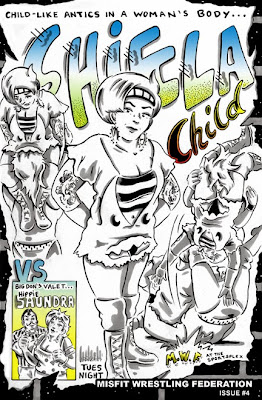 In August, I had the pleasure of storyboarding a Playmates and Teenage Mutant Ninja Turtles commercial with director, David Jellison and the production company Accomplice Media: 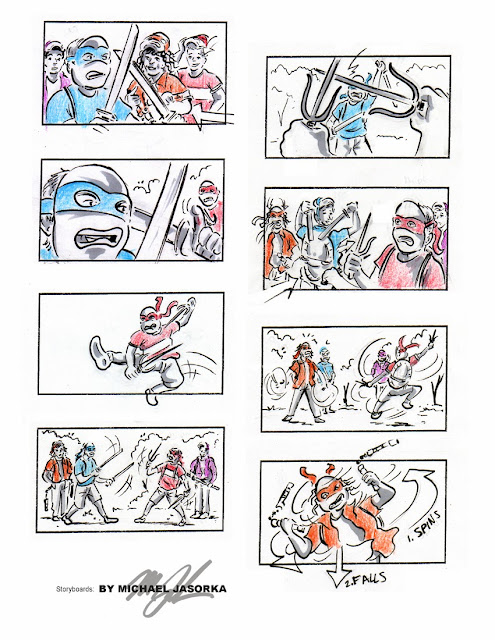 Storyboarding the entire Blake Griffin Gamefly commercial spots with Gifted Youth has been a complete blast too, here's some selective frames: 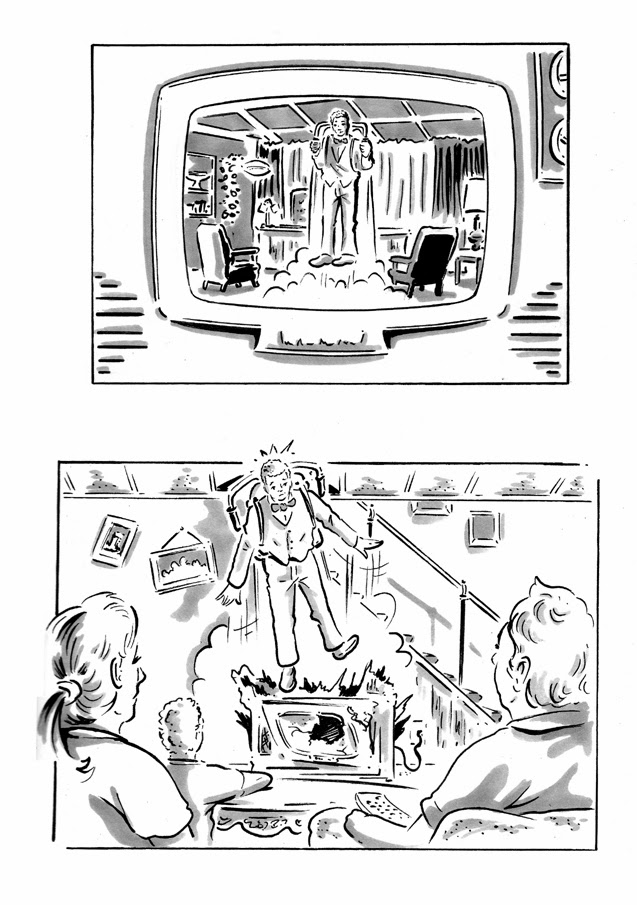 In October, I had the pleasure of doing some concept drawings for a Tostitos commercial with the talented production company, Gifted Youth as well as fun promotional stuff like Godspell: A Tribute to Rodd Keith: 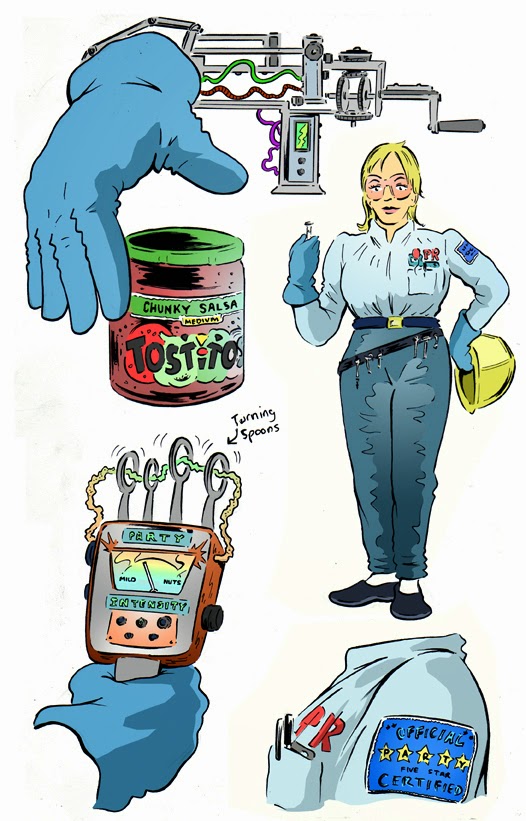 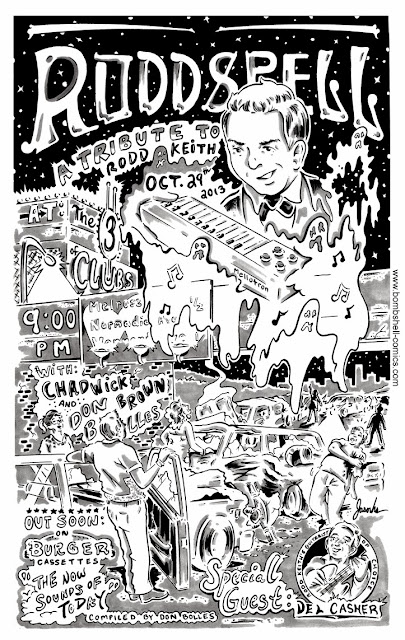 November saw the release of M.W.F. #5 (which has some of my most dynamic comic work yet): 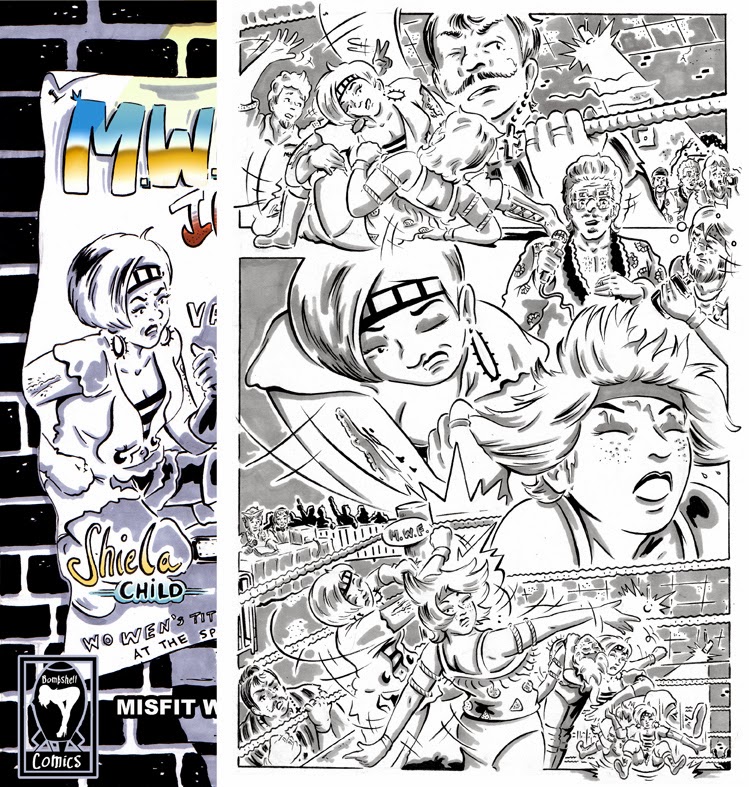 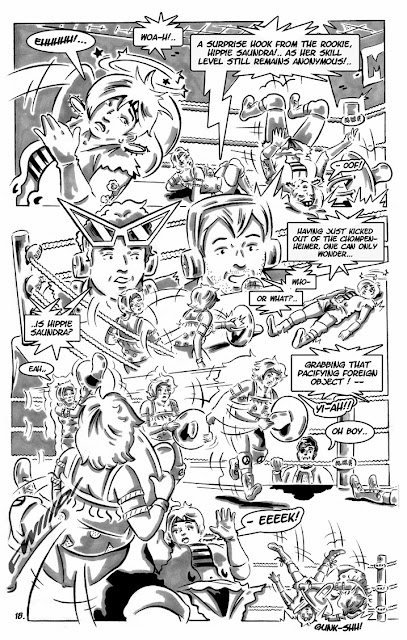 Hello World Zine #5 contains a slew of creative contributors bringing comics, poetry and photography together for the creative human spirit. That was released this December.

Here's some page spreads and the cover (by William Brun): 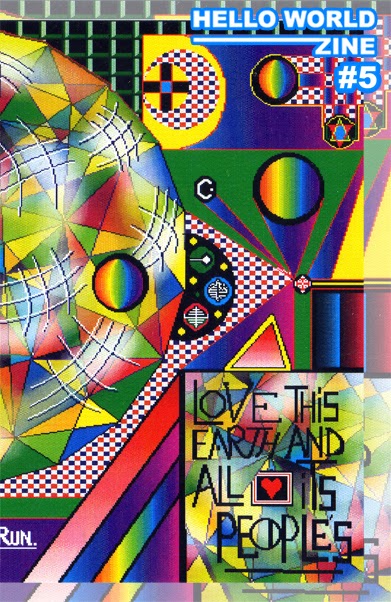 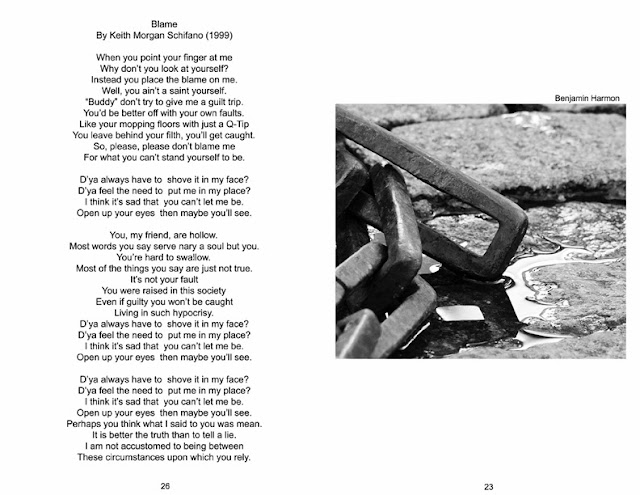 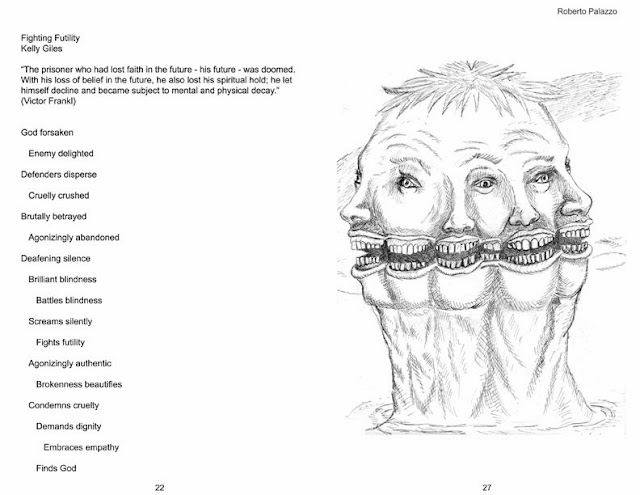 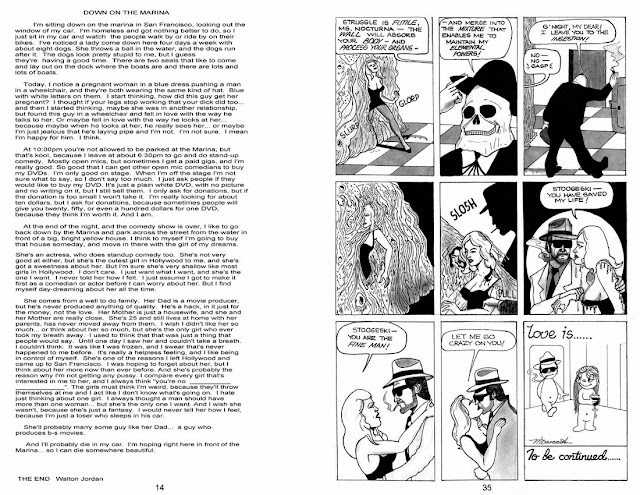 Over-all, an awesome year. Happy Holidays to everyone!!...
Posted by Michael Jasorka at 11:23 AM No comments: 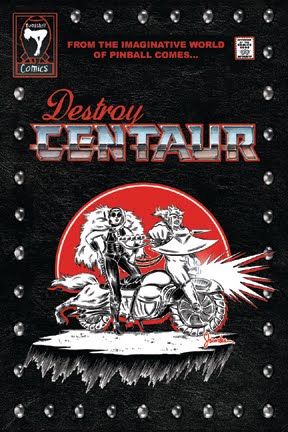